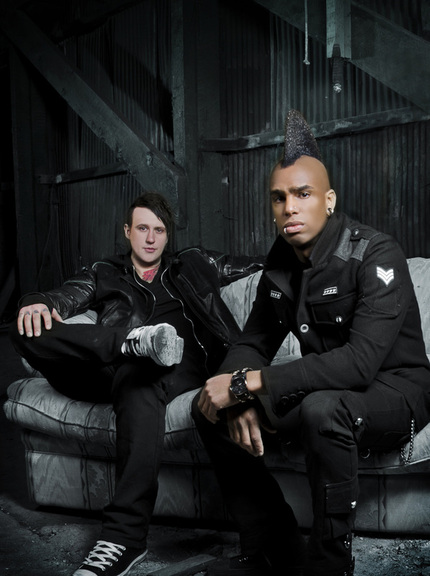 In The Now Magazine: You are getting ready to release “Divide The Blackened Sky” on March 26th, what are The Veer Union fans in for with this record?
Crispin - I think that fans are in for a much heavier and darker side of The Veer Union. On this record we were in a much darker place mentally when writing and recording “Divide The Blackened Sky”. Despite the fact that we had some success from “Against the Grain”, our struggles were actually more difficult going into making this record, hence the more raw feeling throughout the 10 songs.

In The Now Magazine: Was recording this record a different experience then your previous recordings?
Crispin- Every album that a band records I think is always going to be different because, artistically you’re pushing in directions that are unfamiliar which most of the time I think is progress. For us the biggest difference was producing this record ourselves which was tough but also very gratifying after we reached our final product.

In The Now Magazine: Let’s talk a little about Rocket Science Ventures, how did you hook up with those guys?
Crispin- On this record we wanted to have a different approach not just artistically but also business wise. Rocket Science is a company doing things differently than most labels and we wanted to try something different. This opportunity gave us a lot of creative freedom.

In The Now Magazine: Does the entire band contribute to the writing process?
Crispin- Eric and I have always been the main song writers in The Veer Union, but when making a record no matter how small of an idea that may come to the table whether it’s the tempo of a song or a key change, all these things factor into the end result which sometimes comes from the other members.

In The Now Magazine: How important do you rate the lyrical side of your albums?
Crispin - I wouldn't put a number or percentage on it, but I would say that when proof reading a lyric for any TVU song, when you get that feeling like that’s exactly what you were trying to say, that’s the same feeling that you get when you hit that melody or chord progression that feels right. All in all I think that without the right combo of both, a song can't be as good.

In The Now Magazine: Do you have a favorite song off the new record or one that has special meaning to you?
Crispin- Yes, I think my favorite right now is probably "Silent Gun". This song is about a person’s mental state when his or her world is falling apart inside of them, but on the outside you appear to be strong until one day someone pushes you too far, and sets off the trigger. I think we all have felt this way many times throughout life and especially after all the hardships we have been through in the last few years.

In The Now Magazine: Tell us a little about the album title, how did you decide on calling the record “Divide The Blackened Sky”?
Crispin- The title, “Divide The Blackened Sky” stands for every emotion that we have gone through. Times have been tough emotionally, financially and even physically for all of us. The picture of the eclipse depicts a tiny beam of light struggling to get through to elevate the darkness. This is exactly how we feel as artists right now.

In The Now Magazine: Were there any songs recorded that didn’t make the new record that you look back at and wish they would have?
Crispin - Actually yes, there are a few songs that over the years that have never made the final cut for the records we actually end up releasing, that is why we are going to be putting out a demos and b-side record strictly digitally, so make sure you keep an eye open for that in the next month on iTunes!

In The Now Magazine: How would you categorize the style of the band? And did you ever consider or try playing other styles of music than the one you are playing now?
Crispin- I would say that The Veer Union is simply a rock band, we have all played different styles at one time or another, but this band is a rock band.

In The Now Magazine: Can you share with us one or two of your favorite moments with the band?
Crispin- The first one that comes to mind is playing Rock On The Range with Alice in Chains, and they opened their set with one of my all - time favorite songs "Rain When I Die" which was Fucking awesome to be playing a festival with one of our idols. Also probably the first time driving down the road hearing our song on American radio was amazing! :)

In The Now Magazine: You are getting ready to hit the road with My Darkest Days, what type of venues are you playing on that tour?
Crispin- Yes I am really looking forward to doing this tour because we are going to be playing mostly clubs. AKA "it’s gonna be a Mudda Fawkin Poorty up in da hizzzo" :)

In The Now Magazine: Are there any plans for a Veer Union Headlining tour this year?
ERIC:  We do have a few headliners in between the My Darkest Days tour and the Cavo/Janus tour. We are currently in talks with our agent about a headliner run, at some point it will happen.

In The Now Magazine: You guys are always touring, do you have a favorite city or venue you look forward to playing when you hit the road?
ERIC: We all really love Piere's in Fort Wayne Indiana,  it’s always a crazy time there. Vegas is always fun.... Hell, they’re all fun. We wake up on the bus everyday stoked to be in the city were in, and to play the show were playing.

In The Now Magazine: You guys recently shot the video for “Bitter End” the first single from the new record. Can you tell us a little about that experience and the concept for the video?
ERIC: We had a really good time shooting the video. It’s a performance video with some storyline laced through-out it.

In The Now Magazine: “Bitter End,” surfaced a couple of weeks ago on YouTube as a lyric video and has over 25,000 views. Are you surprised at the response to that video from the fans?
ERIC: Yeah its always surprising and cool to see people react and like something you create and or put out there.

In The Now Magazine: When are you releasing the Official “Bitter End” video?
ERIC: It's looking like it will be released in the next few weeks from now.

In The Now Magazine: Why do you think people are into your music?
ERIC: Well that’s a hard question to answer....... We write from emotion and life experiences so maybe people relate..

In The Now Magazine: How has Social Networking (Facebook, Twitter, etc.) impacted your band?
ERIC: Definitely has helped spread the word and its cool to be able to keep in touch with fans and to make new ones.

In The Now Magazine: What does 2012 hold for The Veer Union?
ERIC: TOURING.......lots of touring. We are a band that loves the road man and love to meet the fans and play every night.

In The Now Magazine: Thanks for answering these questions. Do you have any last comments or words of advice for the readers of In The Now Magazine?
ERIC: Thanks to all the fans for the support and if you don't know who we are CHECK IT OUT!!!! we WILL be in your city soooooon. 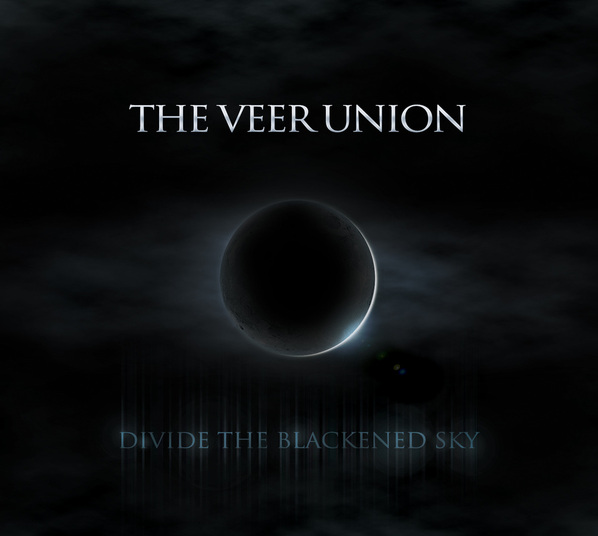