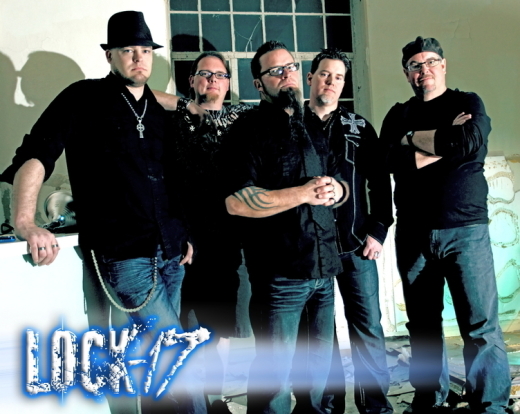 In The Now Magazine: Tell us about the history of the band. More specifically, when was the band formed, how did you meet, and have there been any particular highlights or low points in your career, any crucial events that have taken you where you are today?

The band Lock-17 was formed in 2009 without a lead singer. After a few years of searching for a vocalist Dewayne Clifton joined the band. Since there was 20 songs waiting for lyrics he had a big job ahead of him. As soon as 7 songs where done the band jumped in the studio to record an EP. After that we hit the scene to do some shows. To our surprise after sending the cd to numerous FM stations 4 of our songs where picked to air on multiple FM and Internet radio stations. Soon after that the shows started pouring in. We landed 4 shows with different national acts. Another highlight was winning a music video award on our first music video we shot (song: Circle) at the Maxima Distorzion Music Awards for Best Hard Rock Video of 2011.

In The Now Magazine: Do you remember how the idea of forming the band first came up?

Dewayne: I think it was some of the guys where in different bands and had been friends for years. One day they just got together and jammed to see what they could come up with just for fun. It just started to click. Well, 20 songs later they knew they had something. That’s when they started looking for a vocalist, that when I came into the picture. I loved it as soon as I heard the first song. It gave me energy.

In The Now Magazine: How long after you formed was it until you played your first live show?

Dewayne: We actually jumped on shows pretty quick. It was around 5-6 months. But the band had about 20 songs written before I came in the band so I just had to jump on writing lyrics. Once we had 10 songs done we jumped in the scene.

In The Now Magazine: What are your memories of the performance?

Dewayne: I think it would be seeing people singing our songs. That’s truly the biggest payoff. Also hanging out with the fans. Its so cool to meet people that appreciate what you are doing.

In The Now Magazine: Tell us about the band's name?

Dewayne: The name Lock-17 came when we moved to a rehearsal spot that we had been trying to get for a while. The owner gave us some keys and we couldn’t find the key to unlock the door. The one that opened it was inscribed with the name Lock 17. So we just went with it.

In The Now Magazine: What is your latest album and why should people buy it?

Dewayne: We release an EP called Release the Monster in late 2011. It can be found on ITunes or Amazon. We really put a lot of thought into making each song stand out on its own. Each song has a different feeling because we didn’t want the listener to get bored. It has an original feel that you will constantly try to pinpoint. If you figure it out please let us know, lol.

In The Now Magazine: How would you categorize the style of the band? And did you ever consider or try playing other styles of music than the one you are playing now?

Dewayne: We are a rock/hard rock band. We never really tried a different style, I guess because as soon as the songs were written we went straight in the studio and then hit the scene with a product before our first show, so there was no thinking about anything else.

In The Now Magazine: Can you share with us one or two of your favorite moments with the band?

Dewayne: One would be recording our EP. It was a joy to work with guys that put so much thought into this project and took it very serious. The other would be the first time we played to a crowd of 800. After the show we couldn’t come down from that high for hours.

In The Now Magazine: Does the entire band contribute to the writing process?

In The Now Magazine: How important do you rate the lyrical side of your albums?

Dewayne: I tried to make the lyrics fun and have a party, upbeat feel to them. I also wrote the lyrics to be universal so that people could take the song when they first hear it and apply it to how they are feeling at the moment.

In The Now Magazine: What are your current tour plans, if any?

Dewayne: Right now since we are new to the scene we are just doing local shows to pay our dues. We are hoping to land a small tour with a national act very soon.

In The Now Magazine: Describe your live performance?

Dewayne: We try to do something different at every show. On one show we might all wear mask for a song or two, another we might stop and do shots with the crowd. We put every ounce of energy in the one hour we play. You have one hour to show people why you practice for 4 hours twice a week. So you can bet that you will be entertained at our shows.

In The Now Magazine: Tell us about your thought on your local music scene?

Dewayne: I think it is more real than anything you will experience, only because it is raw and full of emotion. We live to do this. Our locals support each other and help each other out any way we can. We know the importance of being a family. We live by treating people right on your way up because you will see them all on your way back down.

In The Now Magazine: Why do you think people are into your music?

Dewayne: I think it’s because our music picks people up when their day isn’t going so well. It gets people motivated, kind of like how you feel after you watch an inspirational movie. One fan told us he listens to our music every morning just to get his day started.

In The Now Magazine: Would there be any one band or musician that would surprise us that you are listening to them?

Dewayne: Ummmm….here we go, lol, I like listening to Bread. Its peaceful and makes me relax and takes me back to where I want to be a kid again.

In The Now Magazine: Where can our readers find your band on the internet?

Dewayne: Lock Seventeen is based out of Oklahoma City Ok. You can find us at:

Dewayne: All of these sites work very well for us, like Facebook, Reverb Nation and Twitter. It has landed us shows with 4 national acts in our first 6 months. But you have to use these sites to build relationships with people first. Don’t just go in as a band looking for a show. We also love connecting with our fans especially after a show and getting their input.

Dewayne: I guess all I can say is portray how much you love playing while you are on stage. That’s one of the best compliments after a show that we get. Also try to build relationships with fans, they will help you the most. Don’t be afraid to give your music away. You will love seeing people sing your songs in front of you more that having a dollar in your pocket. After you have your fan base they will purchase songs later once they believe in you. Thank you In The Now Magazine for talking with Lock-17. It guys like you that make the local scene what it is today. 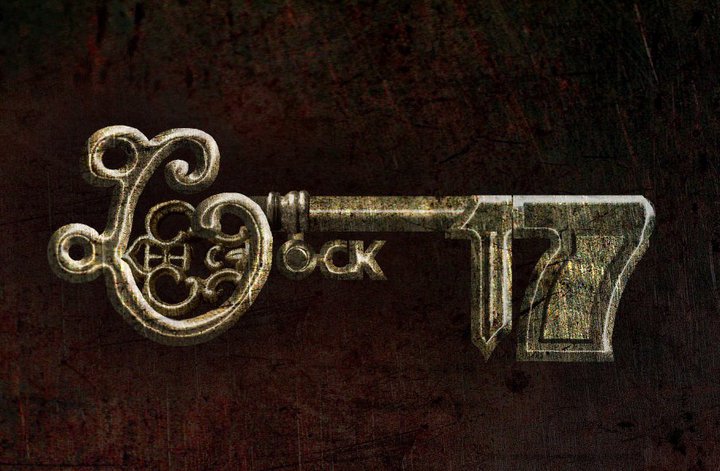