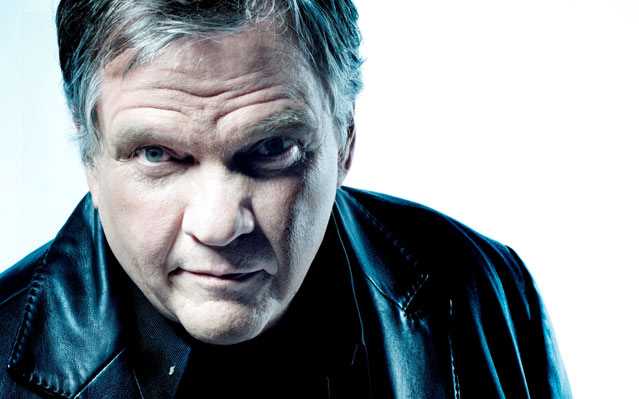 What separates the "Mad Mad World Tour" from other tours you've done?

Meat Loaf: We've got a new album, Hell In A Handbasket, and we're playing songs from that. We're doing a couple songs from other albums that we've never done live before. It's a Meat Loaf show. Meat Loaf shows are dramatic and funny. People who come to Meat Loaf shows know what to expect. They know they're going to get full-on energy with the best rock 'n' roll band in the world. That's not an opinion. That's the truth.

How would you describe a Meat Loaf show to the uninitiated?

Meat Loaf: It's high energy. We sing and play live. It's not on tape. I do my own choreography [laughs]. It's a rock 'n' roll show. If you've never been to a Meat Loaf concert, you should go because you've never seen anything like it.

In your opinion, what makes a great show?

Meat Loaf: Well, a great play can be done with a table, a light, and four chairs. Great shows are about people. You don't want to put up a wall with laser lights, production, and dancers. It's really about going out there and putting on the show of these people's lives without all of the bells and whistles. That's why I don't carry much production. I've never had more than five trucks. Some artists go out in 28 trucks. We don't camouflage anything. It's a show about the truth. The object of a show is not to high-five the guy in the front row, blow a kiss to the girl in side stand, or wave to the people in the back. The object is to give the crowd the true meaning and feeling of the songs you're singing or playing. It's about energy and tension. After my show, you're going to leave saying, "How the hell does he do that?" and "I'm tired." Anyone who attends will leave excited and worn out because of the amount of energy coming off that stage. It's not just from me either.

Who else is on that stage?

Meat Loaf: Oh, there's the best drummer in the world, John Miceli. On bass, I've got Danny Miranda who I stole from Queen. Brian May's pissed [laughs].  Dave Luther is on saxophone and keyboards, but he also plays guitar and sings. Then, I've got Justin Avery on piano. When we give him the chance to open up and do things, people's mouths hang open. I'm not kidding you. Flies would fly in their mouths. They sit there saying, "Oh my God, I've never heard anything like it." I've never heard a piano player like him either. As for guitarists, Paul Crook comes from the metal school, and Randy Flowers comes from the country school. Put them together, and you get amazing guitar. We've got [singer] Patti Russo who's like a whirling dervish. I'm up there, and I fight for every moment of passion and truth you can get out of those songs. I only know two speeds: "Don't go" or "Go." Either I rehearse at the same speed I play a show or I don't rehearse.

Meat Loaf: Everyone has his or her own style. You can put together a football team full of superstars, but they might not gel. We do. We're all down to earth. There are no egos. We all work together. If they say, "Meat, I don't think this going to work," I'll ask, "Why not?" Only when I know for sure that it's going to work will I tell them, "No, we're doing it this way." Eventually, they go, "I can't believe that actually works." When I really champion something, they leave it alone. We're constantly updating the arrangements and modernizing the songs. We play the same chords and sing the same melodies, but we're modernizing the style. We're constantly being creative. If you let everyone have his or her moment to shine, it only enhances the show. I never want all of the attention. The greatest thing in the world is to spread it around. We really are a family. When you've got a band like this behind you, you can't be bad. My voice is stronger. I'm constantly working too.

Meat Loaf: In 2007, I was sick in Amsterdam, and four doctors told me not to go on. That was the worst show. I was running a fever of 103. I had an arena full of people though. They already paid to park their cars. I didn't want them to go through the hassle of getting a refund. There's no understanding in that situation though. Then in New Zealand last October, I was in the emergency room because I had a swollen vocal cord, and they told me not to go on. This was after the same thing happened to Adele. I didn't go on. However, all of this didn't happen until five o'clock. By the time we got back, they'd already opened the doors and the show was cancelled. Everyone was pissed, but we didn't know. You can't win when that stuff happens. There was a blood vessel protruding off the left vocal cord, and they were afraid it was going to really hemorrhage. There was a tiny bit of blood. I went and did the last two shows on that Australian tour. Then, it took me all of November and most of December to get over the swollen vocal cord. I've done so many shows where I shouldn't have gone on. The audiences mean more to me than anything.

Meat Loaf: There are too many [laughs]. We closed the CBS Convention in 1978. Billy Joel and everybody else stayed because they wanted to know what the hell we did. I finished "For Crying Out Loud," and nobody applauded. I thought they had all left because my eyes are closed all of the time when I'm singing. It freaked me out. There was this delayed reaction. It seemed like an hour went by even though it was a few split-seconds. All of a sudden, the room exploded. Next thing I knew, they were on tables screaming and yelling. They caused $50,000 worth of damage to the room. "For Crying Out Loud" was supposed to be our last song but I turned around to the band and said, "Start 'Johnny B. Goode'!" They did, and the audience rushed the stage! There are pictures of the crowd up there with us. These are artists and record executives from CBS Records. They broke tables and chairs because they were standing on them. There's a picture of Billy Joel standing on a table in the middle of the room [laughs]. There is not an audience in existence that I won't rile up. It doesn't exist. They may start off slow, but they'll never stay there. If the audience starts off slow, I'll drive myself and the band harder. I turn around and say, "We're going to get these motherfuckers! Let's go!" I go into kill mode.

Are there any recent shows that stand out?

How are you upping the ante on the "Mad Mad World Tour?"

Meat Loaf: I'm always trying to increase the drama and tension. We're doing "Our Love and Our Souls" before "I Would Do Anything For Love." Patti and I are going to be sitting on stools. I'll sing, and the light will go out on me and come up on her. She'll sing, and the light will go out on her and come up on me. It's only two follow spots. It'll go black, and I'll still be on the stool singing, "I Would Do Anything For Love." Eventually, we'll meet when she comes out on that song. It's really dramatic. You can do incredibly dramatic things with two stools and two lights. You don't need 58 lasers to be dramatic. The drama comes from the delivery and the simplicity. The lasers might be fun to look at, but I deal with drama. I'm a closet standup comedian. There's a lot of funny stuff in the show. It's eclectic like the records. It's everything from in-your-face rock 'n' roll to standup comedy.

Is there a moment when you know a show has come together?

Meat Loaf: It either comes together or it doesn't. If it does work, it comes together in the first four seconds. There are other nights where I'm fighting to get that string. I look at it like a very fine thread, and I'm trying to get it as taut as I can. Some nights, it's loose and wavy, and I'll fight until I get it taut and the tension builds up just right. Other times, I could fight all night long, and it's not in the cards. Unless you go to every show, you'd never know the difference because I'm never going to show it to you [laughs]. Most nights, we hit and we're gone. I'd say that happens 85 percent. There's another 10 percent where we might struggle for the first 15 minutes. Then, we're okay. It happens to everybody. The great nights are when we're all running at the same speed.

How do you pass time on the road?

Meat Loaf: If the show is at 8 o'clock, I get there at 2. Then, I do all of this preparation to get ready. I don't really go out to restaurants, movies, or clubs because there are too many people with colds, coughs, and flus. I'm like Howard Hughes at that point for those 48 hours around a show [laughs]. I don't say a word. If the phone rings, I won't answer it. I'll answer emails, but I won't talk on the phone. I'm very disciplined because the show is bigger than I am. The people in that audience are more important than I ever could be. Nobody means more to me than that crowd.

Do you read at all on the road?

Which authors do you come to back to?

Meat Loaf: John Grisham sends me his books. I read him and Dan Brown. I like to read plays online. I'll find a scene inside of a play and I'll start to break it down in my room and develop the character. I read a lot of plays. I read Hamlet twice in 2010. In Australia, I read The Two Gentlemen of Verona. I'd seen it before, but I never read it until that tour. I read Richard III. I never read Shakespeare when I was in school. I used to use CliffsNotes, but I've been reading him since then. I like Eugene O'Neill, Arthur Miller, and David Reid. I never read Romeo & Juliet though. It's never been of interest to me. I've seen it live, and it was a bit of a downer.

Meat Loaf: They all do. Some cities just bring it like Dublin, Glasgow, and Helsinki. In America, there's Philadelphia and Boston. Then you have the London, New York, and L.A. crowds who fold their arms and go, "Entertain me." Those are the crowds I tell, "I'm going to kick your ass, dude!" [laughs].  You ain't going to sit here like that.

Which historical event do you wish you witnessed?