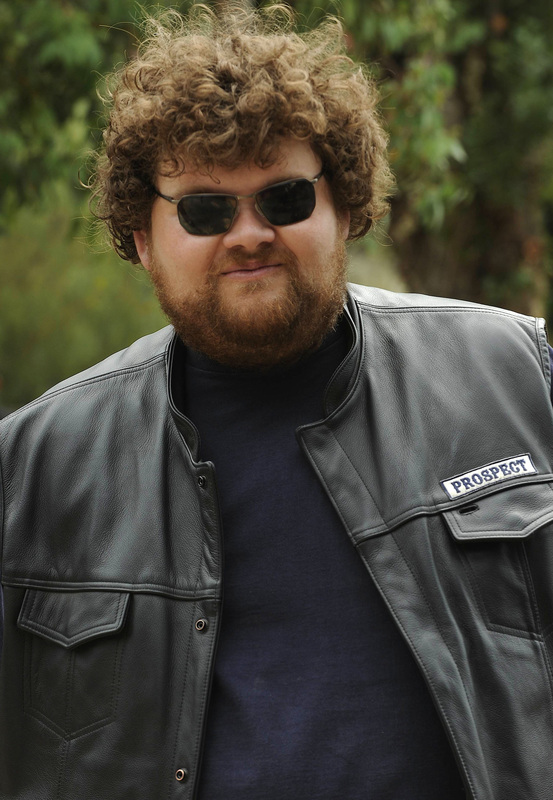 ITN Magazine: Let’s start off talking about you’re addition to the cast, what was the audition process like for you?
Christopher Reed: I originally went out for the role of "Head Redneck", which was featured in Episode 4 in Season 3. My first audition was with Wendy O'Brien, who is the nicest casting director I've ever had the privelage of reading for. She's great. After doing the read, she sent me on my way. I was living in San Diego at the time and driving up for auditions, I had reaches orange county when I got the call back to go read for producers in North Hollywood. I drove back up and did the same audition, and on the way out, Chris Gehrt, Wendy's Casting Assistant, came running after me and asked if I would read for the prospect.

ITN Magazine: What was your initial reaction when you found out that you were going to be on Sons of Anarchy?
Christopher Reed: I had only watched one episode of the show at the time, so I knew next to nothing about it. Aside from that, I had no idea how long I would be working on the show. The first episode I shot I worked one day and said nothing, then heard nothing for two weeks. I didn't know if I was going to work again or not. So, unfortunately, I never got to bust out my running on top of the furniture touchdown celebration that I had planned for my first actual TV role. I may have bought some Japanese whiskey.

ITN Magazine: What has this role done for your confidence as an actor?
Christopher Reed: It's been great because I learn more on the set from the other actors every day, than I would of learned in a month of classes.

ITN Magazine: Tell me about your first day of filming, what was that like for you?
Christopher Reed: It was nuts. I immediately met Frank Potter, who plays Miles, and we hit it off. So it was pretty much us acting like lost children together. The moment that stands out is me sitting in the make-up chair getting ready, and Katey coming in and sitting next to me. I'm sure she was curious who the terrified ogre sitting next to her and staring was, but she is sweet and gracious in addition to being a badass, so she quickly made me feel welcome.

ITN Magazine: Do you think that playing a prospect, has influenced your relationship with the cast?
Christopher Reed: I think my approach to playing the prospect does. When I got the role, I interviewed several 1% club members down in SD and some of the best advice I got was "Hang out with the members", which of course meant the other actors in this sense. So I did so, without worrying about who they were or my experiance level. Everyone on the show has been fantastic and extremely welcoming and helpful. So while they do give me shit once in a while, I get treated much better than any real prospect would.

ITN Magazine: Are you working on any other projects right now?
Christopher Reed: I am currently trying to clean my desk. It's been horrendous for 3 months. But that could change at any moment. I could go make a half sandwich.

ITN Magazine: For our readers who are nor familiar with you, can you give us a little background on your career?
Christopher Reed: Unless all your readers are my mom, I don't imagine many of them know too much. Sons is my first TV gig. I did a few guest spots last year, the highest profile of which was stealing Sheldon's World of Warcraft account on Big Bang Theory. I am a graduate of the Mesa College Theatre Company, which is Mesa Junior College in San Diego. After school I worked as a 2nd Captain on Sportfishing boats for a handful of summers and sold guns, running shoes and whatever other job would take me and be flexible with me auditioning. My first professional job was Tobacco Road at the prestigous La Jolla Playhouse, who also had me in their Midsummer Nights Dream production while I filmed S3 of SOA. They are saints. I wouldn't be here without them. I got my agent after Tobacco Road and started driving up to LA to audition. Right before SOA I did a commercial for Sprint in which I sat on a log and yelled "Ëat it Yoshi!  My ballet career on the other hand started when I first saw Dirty Dancing....

ITN Magazine: How has things changed for you since you were cast for the show?
Christopher Reed: I now have a silver car instead of a green one and live in a 1 bedroom duplex instead of a 1 bedroom apartment. I also have Ron Perlman's phone number.

ITN Magazine: What is your favorite episode of the series thus far?
Christopher Reed: It's still Agent Kohn holding Tara hostage and Jax coming to the rescue-ish. Jay Karnes, Maggie Siff and Charlie all were amazing in that scene. It really made me excited to be on the show watching that.

ITN Magazine: How much of your own personality do you bring to your character?
Christopher Reed: Without going into pretentious actor speak, I think you have to bring some of you to everything. The writers have blended some of me into Phil and there's other things that really aren't me. For instance, anything you see me eat on camera I pretty much would never eat in my life. Bugles. Blegh.

ITN Magazine: Where does "Filthy Phil" go from here? Are we going to see more of him in the new season?
Christopher Reed: If I had those answers I would be a much less neurotic person. I feel very fortunate every time I walk on that set. I love our show. I believe it's the most entertaining, captivating show on TV. Kurt Sutter is a genius, and hires great writers, so whatever they put on the page for Phil I am grateful to have and know it's going to be fantastic.

ITN Magazine: When you’re not filming, what do you do in your down time?
Christopher Reed: These days I mostly play Battlefield 3 very poorly. Once upon a time I used to enjoy fishing and golf, but haven't had the opportunity for much of either lately.

ITN Magazine: If we looked at your Ipod, what would the last 5 songs you listened to be?
Christopher Reed: I shouldn't answer this because people who watch the show will never forgive me but here goes. I'll look. Common People by Pulp, A Million Years by Alexander, You and I by Lady Gaga ( Shit.), It ain't me Babe, Cash (That's redemptive, right?), and Street Fighting Man, Stones.

ITN Magazine: Are you a fan of Social Networks(Facebook, Twitter, etc.)?Where can our readers find you in cyber space?
Christopher Reed: I have a fan page on facebook, Christopher Douglas Reed.Don't try to friend me on FB though, it won't happen. Sorry.

I am very active on Twitter, or as my wife would say "obsessed". My handle is Chrisreed619.

ITN Magazine: On the subject of autographs, tell me about the first one you ever signed for a fan?
Christopher Reed: I really can't. I know the first time I was asked for a photo. My favorite Sandwich shop, San Diego Sandwich Company, has me on their counter. Get the #25. It's fantastic. 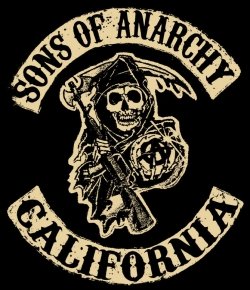